Erik Erikson proposed that we are motivated by a need to achieve competence in certain areas of our lives. As we’ve learned in previous chapters, Erikson’s psychosocial theory has eight stages of development over the lifespan, from infancy through late adulthood. At each stage there is a conflict, or task, that we need to resolve. Successful completion of each developmental task results in a sense of competence and a healthy personality. Failure to master these tasks leads to feelings of inadequacy.

During the elementary school stage (ages 6-12), children face the task of Industry versus Inferiority. Children begin to compare themselves to their peers to see how they measure up.

Figure 12.1: The academic award this boy is receiving may contribute to his sense of industry.494

They either develop a sense of pride and accomplishment in their schoolwork, sports, social activities, and family life, or they feel inferior and inadequate when they don’t measure up.495

According to Erikson, children in middle childhood are very busy or industrious. They are constantly doing, planning, playing, getting together with friends, achieving. This is a very active time and a time when they are gaining a sense of how they measure up when compared with friends. Erikson believed that if these industrious children can be successful in their endeavors, they will get a sense of confidence for future challenges. If not, a sense of inferiority can be particularly haunting during middle childhood.496

The great psychoanalyst Sigmund Freud (1856–1939) focused on unconscious, biological forces that he felt shape individual personality. Freud (1933) thought that the personality consists of three parts: the id, the ego, and the superego. The id is the selfish part of the personality and consists of biological instincts that all babies have, including the need for food and, more generally, the demand for immediate gratification. As babies get older, they learn that not all their needs can be immediately satisfied and thus develop the ego, or the rational part of the personality. As children get older still, they internalize society’s norms and values and thus begin to develop their superego, which represents society’s conscience. If a child does not develop normally and the superego does not become strong enough, the individual is more at risk for being driven by the id to commit antisocial behavior.497 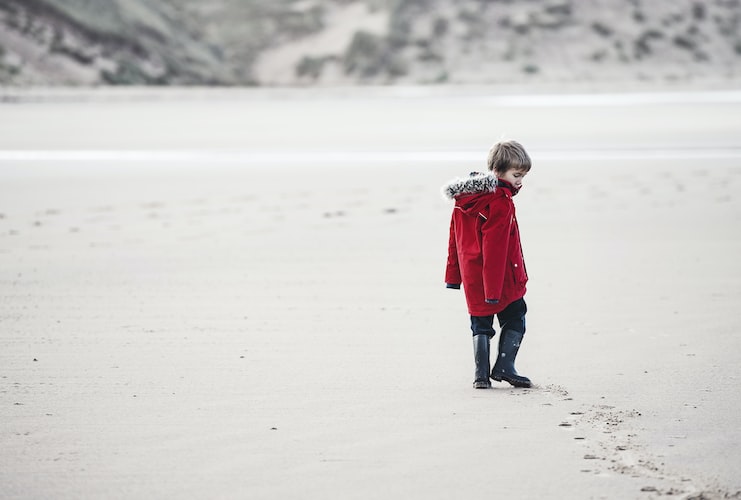 Kohlberg (1963) built on the work of Piaget and was interested in finding out how our moral reasoning changes as we get older. He wanted to find out how people decide what is right and what is wrong. Just as Piaget believed that children’s cognitive development follows specific patterns, Kohlberg (1984) argued that we learn our moral values through active thinking and reasoning, and that moral development follows a series of stages. Kohlberg’s six stages are generally organized into three levels of moral reasons. To study moral development, Kohlberg looked at how children (and adults) respond to moral dilemmas. One of Kohlberg’s best known moral dilemmas is the Heinz dilemma:

In Europe, a woman was near death from a special kind of cancer. There was one drug that the doctors thought might save her. It was a form of radium that a druggist in the same town had recently discovered. The drug was expensive to make but the druggist was charging ten times what the drug cost him to make. He paid $200 for the radium and charged $2,000 for a small dose of the drug. The sick woman’s husband, Heinz, went to everyone he knew to borrow the money but he could only get together about $1,000, about half of what the drug cost. He told the druggist that his wife was dying and asked him to sell it cheaper or let him pay later. But the druggist said: “No, I discovered the drug and I’m going to make money from it.” Heinz got desperate and broke into the man’s store to steal the drug for his wife. Should the husband have done that? (Kohlberg, 1969, p. 379)499

In stage one, moral reasoning is based on concepts of punishment. The child believes that if the consequence for an action is punishment, then the action was wrong. In the second stage, the child bases his or her thinking on self-interest and reward (“You scratch my back, I’ll scratch yours”). The youngest subjects seemed to answer based on what would happen to the man as a result of the act. For example, they might say the man should not break into the pharmacy because the pharmacist might find him and beat him. Or they might say that the man should break in and steal the drug and his wife will give him a big kiss. Right or wrong, both decisions were based on what would physically happen to the man as a result of the act. This is a self-centered approach to moral decision-making. He called this most superficial understanding of right and wrong preconventional morality. Preconventional morality focuses on self-interest. Punishment is avoided and rewards are sought. Adults can also fall into these stages, particularly when they are under pressure.

Those tested who based their answers on what other people would think of the man as a result of his act, were placed in Level Two. For instance, they might say he should break into the store, then everyone would think he was a good husband, or he should not because it is against the law. In either case, right and wrong is determined by what other people think. In stage three, the person wants to please others. At stage four, the person acknowledges the importance of social norms or laws and wants to be a good member of the group or society. A good decision is one that gains the approval of others or one that complies with the law. This he called conventional morality, people care about the effect of their actions on others. Some older children, adolescents, and adults use this reasoning.

Level Three, post conventional morality, is not included because it focuses on adolescence and adulthood. However, it is in the table below if you’d like an overview of Level Three - Stages 5 and 6.

Although research has supported Kohlberg’s idea that moral reasoning changes from an early emphasis on punishment and social rules and regulations to an emphasis on more general ethical principles, as with Piaget’s approach, Kohlberg’s stage model is probably too simple. For one, people may use higher levels of reasoning for some types of problems but revert to lower levels in situations where doing so is more consistent with their goals or beliefs (Rest, 1979). Second, it has been argued that the stage model is particularly appropriate for Western, rather than non-Western, samples in which allegiance to social norms, such as respect for authority, may be particularly important (Haidt, 2001). In addition, there is frequently little correlation between how we score on the moral stages and how we behave in real life. Perhaps the most important critique of Kohlberg’s theory is that it may describe the moral development of males better than it describes that of females (Jaffee & Hyde, 2000).500