14.5 Adolescence (A Time of Transitions)

Cognitive growth and a new found sense of freedom and independence makes it both easier and more difficult for teens when making choices and coping with upcoming transitions and life decisions.

As Adolescents grow older, they encounter age-related transition points that require them to progress into a new role, such as go to college, take a year off or Gap Year, or start to work towards a career. Educational expectations vary not only from culture to culture, but also from class to class. While middle- or upper-class families may expect their daughter or son to attend a four-year university after graduating from high school, other families may expect their child to immediately begin working full-time, as many within their families have done before.623

Adolescents spend more waking time in school than in any other context (Eccles & Roeser, 2011). Academic achievement during adolescence is predicted by interpersonal (e.g., parental engagement in adolescents’ education), intrapersonal (e.g., intrinsic motivation), and institutional (e.g., school quality) factors. Academic achievement is important in its own right as a marker of positive adjustment during adolescence but also because academic achievement sets the stage for future educational and occupational opportunities. The most serious consequence of school failure, particularly dropping out of school, is the high risk of unemployment or underemployment in adulthood that follows. High achievement can set the stage for college or future vocational training and opportunities.624

The status dropout rate refers to the percentage of 16 to 24 year-olds who are not enrolled in school and do not have high school credentials (either a diploma or an equivalency credential such as a General Educational Development [GED] certificate). The dropout rate is based on sample surveys of the civilian, non- institutionalized population, which excludes persons in prisons, persons in the military, and other persons not living in households.625 The dropout rate among high school students has declined from a rate of 9.7% in 2006, to 5.4% in 2017.626

Age transition points require socialization into new roles that can vary widely between societies. For example, in the United Kingdom, when teens finish their secondary schooling (aka high school in the United States), they often take a year “off” before entering college. Frequently, they might take a job, travel, or find other ways to experience another culture. Prince William, the Duke of Cambridge, spent his gap year practicing survival skills in Belize, teaching English in Chile, and working on a dairy farm in the United Kingdom (Prince of Wales 2012a). His brother, Prince Harry, advocated for AIDS orphans in Africa and worked as a jackeroo (a novice ranch hand) in Australia (Prince of Wales 2012b).

In the United States, this life transition point is socialized quite differently, and taking a year off is generally frowned upon. Instead, U.S. youth are encouraged to pick career paths by their mid-teens, to select a college and a major by their late teens, and to have completed all collegiate schooling or technical training for their career by their early twenties.

In other nations, this phase of the life course is tied into conscription, a term that describes compulsory military service. Egypt, Switzerland, Turkey, and Singapore all have this system in place. Youth in these nations (often only the males) are expected to undergo a number of months or years of military training and service.629

Many adolescents work either summer jobs, or during the school year, or may work in lieu of college. Holding a job may offer teenagers extra funds, provide the opportunity to learn new skills, foster ideas about future careers, and perhaps shed light on the true value of money. However, there are numerous concerns about teenagers working, especially during the school year. Several studies have found that working more than 20 hours per week can lead to declines in grades, a general disengagement from school (Staff, Schulenberg, & Bachman, 2010; Lee & Staff, 2007; Marsh & Kleitman, 2005), an increase in substance abuse (Longest & Shanahan, 2007), engaging in earlier sexual behavior, and pregnancy (Staff et al., 2011). Like many employee groups, teens have seen a drop in the number of jobs. The summer jobs of previous generations have been on a steady decline, according to the United States Department of Labor, Bureau of Labor Statistics (2016). 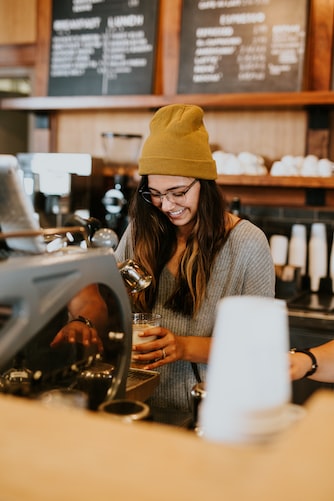 Figure 14.11: How many hours and the reasons why this teen works, will influence the effects of her job.630

A major concern in the United States is the rising number of young people who choose to work rather than continue their education and are growing up or continuing to grow up in poverty. Growing up poor or entering the workforce too soon, can cut off access to the education and services people need to move out of poverty and into stable employment. Research states that education was often a key to stability, and those raised in poverty are the ones least able to find well-paying work, perpetuating a cycle. Those who work only part time, may it be teens or whomever, are more likely to be classified as working poor than are those with full-time employment; higher levels of education lead to less likelihood of being among the working poor.631 In 2017, the working poor included 6.9 million Americans, down from 7.6 million in 2011 (U.S. Bureau of Labor Statistics, 2019).632

Driving gives teens a sense of freedom and independence from their parents. It can also free up time for parents as they are not shuttling teens to and from school, activities, or work. The National Highway Traffic Safety Administration (NHTSA) reports that in 2014 young drivers (15 to 20 year-olds) accounted for 5.5% (11.7 million) of the total number of drivers (214 million) in the US (National Center for Statistics and Analysis (NCSA), 2016). However, almost 9% of all drivers involved in fatal crashes that year were young drivers (NCSA, 2016), and according to the National Center for Health Statistics (2014), motor vehicle accidents are the leading cause of death for 15 to 20 year-olds. “In all motorized jurisdictions around the world, young, inexperienced drivers have much higher crash rates than older, more experienced drivers” (NCSA, 2016, p. 1).

The rate of fatal crashes is higher for young males than for young females, although for both genders the rate was highest for the 15-20 year-old age group. For young males, the rate for fatal crashes was approximately 46 per 100,000 drivers, compared to 20 per 100,000 drivers for young females. The NHTSA (NCSA, 2016) reported that of the young drivers who were killed and who had alcohol in their system, 81% had a blood alcohol count past what was considered the legal limit. Fatal crashes involving alcohol use were higher among young men than young women. The NHTSA also found that teens were less likely to use seat belt restraints if they were driving under the influence of alcohol, and that restraint use decreased as the level of alcohol intoxication increased.

AAA completed a study in 2014 that showed that the following are risk factors for accidents for teen drivers:

According to the NHTSA, 10% of drivers aged 15 to 19 years involved in fatal crashes were reported to be distracted at the time of the crash; the highest figure for any age group (NCSA, 2016). Distraction coupled with inexperience has been found to greatly increase the risk of an accident (Klauer et al., 2014).

The NHTSA did find that the number of accidents has been on a decline since 2005. They attribute this to greater driver training, more social awareness to the challenges of driving for teenagers, and to changes in laws restricting the drinking age. The NHTSA estimates that the raising of the legal drinking age to 21 in all 50 states and the District of Columbia has saved 30,323 lives since 1975.633