Parents often scrutinize their child’s preferences, characteristics, and responses for clues of a developing personality. They are quite right to do so, because temperament is a foundation for personality growth. But temperament (defined as early-emerging differences in reactivity and self-regulation) is not the whole story. Although temperament is biologically based, it interacts with the influence of experience from the moment of birth (if not before) to shape personality (Rothbart, 2011). Temperamental dispositions are affected, for example, by the support level of parental care. More generally, personality is shaped by the goodness of fit between the child’s temperamental qualities and characteristics of the environment (Chess & Thomas, 1999). For example, an adventurous child whose parents regularly take her on weekend hiking and fishing trips would be a good “fit” to her lifestyle, supporting personality growth. Personality is the result, therefore, of the continuous interplay between biological disposition and experience, as is true for many other aspects of social and personality development.

Personality develops from temperament in other ways (Thompson, Winer, & Goodvin, 2010). As children mature biologically, temperamental characteristics emerge and change over time. A newborn is not capable of much self-control, but as brain-based capacities for self-control advance, temperamental changes in self-regulation become more apparent. So an infant that cries frequently doesn’t necessarily have a grumpy personality. With sufficient parental support and increased sense of security, the child may develop into a content preschooler that is not likely to cry to get her needs met. 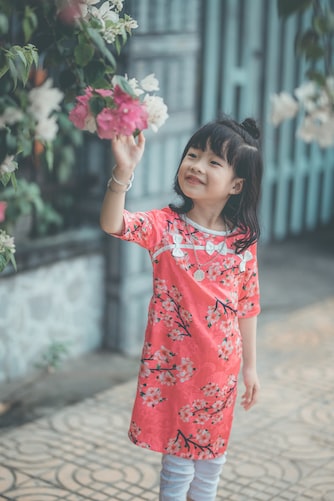 In addition, personality is made up of many other features besides temperament. Children’s developing self-concept, their motivations to achieve or to socialize, their values and goals, their coping styles, their sense of responsibility and conscientiousness, and many other qualities are encompassed into personality. These qualities are influenced by biological dispositions, but even more by the child’s experiences with others, particularly in close relationships, that guide the growth of individual characteristics.

Indeed, personality development begins with the biological foundations of temperament but becomes increasingly elaborated, extended, and refined over time. The newborn that parents observed in wonder upon becomes an adult with a personality of depth and nuance.