The reason we turn out much like our parents, for better or worse, is that our families are such an important part of our socialization process. When we are born, our primary caregivers are almost always one or both of our parents. For several years we have more contact with them than with any other adults. Because this contact occurs in our most formative years, our parents’ interaction with us and the messages they teach us can have a profound impact throughout our lives. During middle childhood, children spend less time with parents and more time with peers. Parents may have to modify their approach to parenting to accommodate the child’s growing independence. Using reason and engaging in joint decision-making whenever possible may be the most effective approach (Berk, 2007).512

Figure 12.8: When children grow up to love reading, may have been influenced by the positive experiences of being read to in their families.513

One of the ways to assess the quality of family life is to consider the tasks of families. Berger (2005) lists five family functions:

Notice that in addition to providing food, shelter, and clothing, families are responsible for helping the child learn, relate to others, and have a confident sense of self. The family provides a harmonious and stable environment for living. A good home environment is one in which the child’s physical, cognitive, emotional, and social needs are adequately met. Sometimes families emphasize physical needs but ignore cognitive or emotional needs. Other times, families pay close attention to physical needs and academic requirement, but may fail to nurture the child’s friendships with peers or guide the child toward developing healthy relationships. Parents might want to consider how it feels to live in the household. Is it stressful and conflict-ridden? Is it a place where family members enjoy being?514 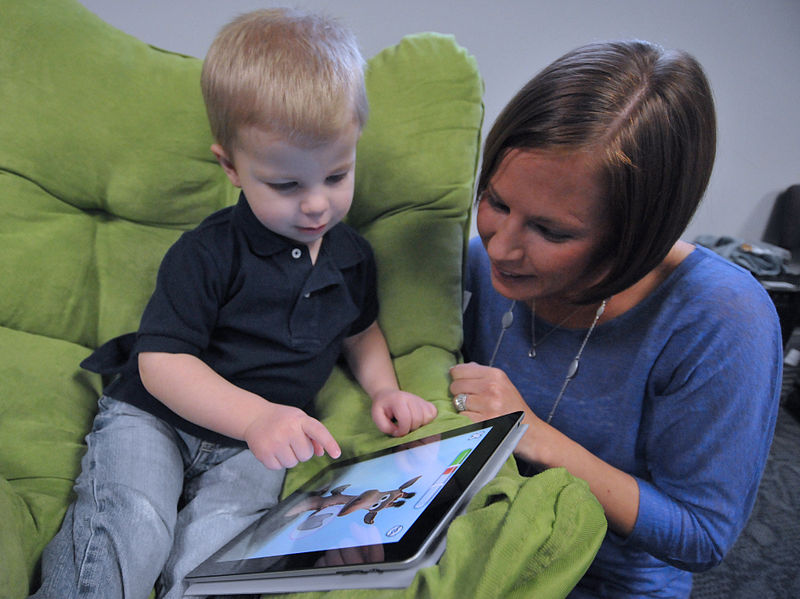 Figure 12.9: This mother is helping her son navigate using a tablet.515

Family relationships are significantly affected by conditions outside the home. For instance, the Family Stress Model describes how financial difficulties are associated with parents’ depressed moods, which in turn lead to marital problems and poor parenting that contributes to poorer child adjustment (Conger, Conger, & Martin, 2010). Within the home, parental marital difficulty or divorce affects more than half the children growing up today in the United States. Divorce is typically associated with economic stresses for children and parents, the renegotiation of parent-child relationships (with one parent typically as primary custodian and the other assuming a visiting relationship), and many other significant adjustments for children. Divorce is often regarded by children as a sad turning point in their lives, although for most it is not associated with long-term problems of adjustment (Emery, 1999).

Currently, one of the biggest issues that sociologists study are the changing roles of family members. Often, each member is restricted by the gender roles of the traditional family. These roles, such as the father as the breadwinner and the mother as the homemaker, are declining. Now, the mother is often the supplementary provider while retaining the responsibilities of child rearing. In this scenario, females’ role in the labor force is “compatible with the demands of the traditional family.” Sociology studies have examined the adaptation of males’ role to caregiver as well as provider. The gender roles are becoming increasingly interwoven and various other family forms are becoming more common. 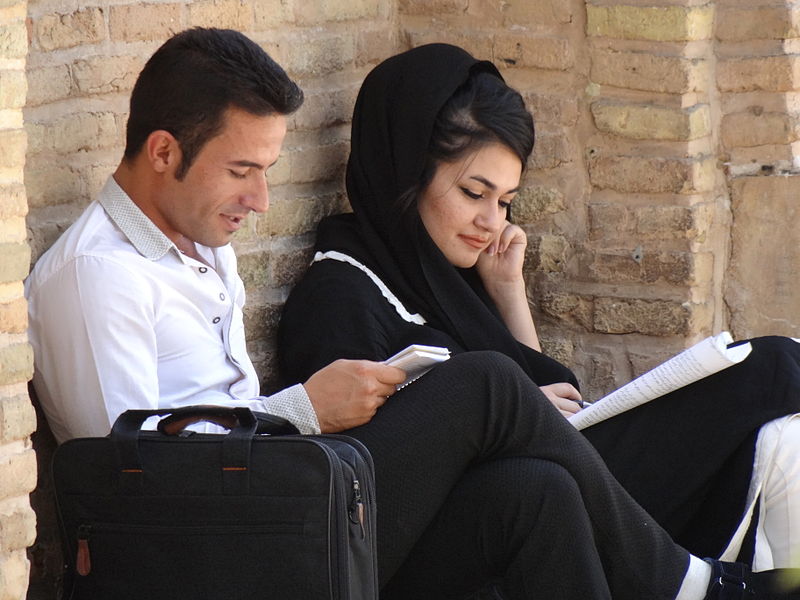 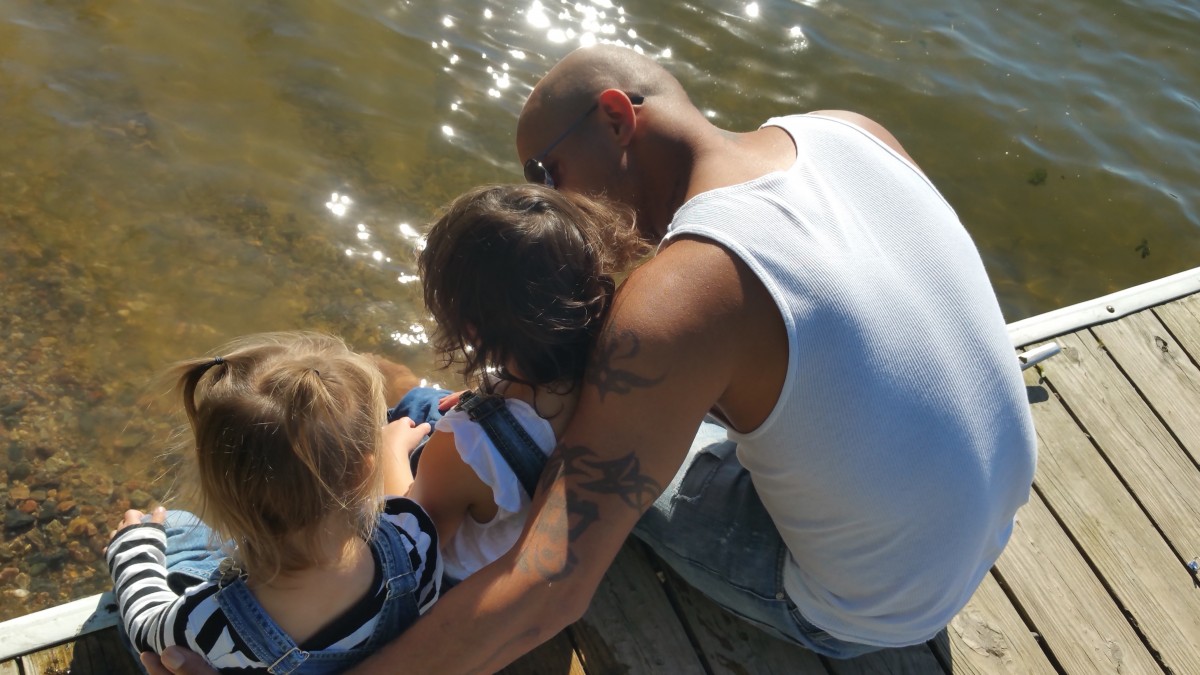 Throughout this textbook and in the preceding images, you can see a variety of types of families. A few of these family types (the ones that are not bolded) were introduced in Chapter 9. Here is a list of some of the diverse types of families:

Singlehood family contains a person who is not married or in a common law relationship. He or she may share a relationship with a partner but lead a single lifestyle.

Couples that are childless are often overlooked in the discussion of families.

A single parent family usually refers to a parent who has most of the day-to-day responsibilities in the raising of the child or children, who are not living with a spouse or partner, or who is not married. The dominant caregiver is the parent with whom the children reside for the majority of the time; if the parents are separated or divorced, children live with their custodial parent and have visitation with their noncustodial parent. In western society in general, following a separation a child will end up with the primary caregiver, usually the mother, and a secondary caregiver, usually the father.

Single parent by choice families refer to a family that a single person builds by choice. These families can be built with the use of assisted reproductive technology and donor gametes (sperm and/or egg) or embryos, surrogacy, foster or kinship care, and adoption.

The nuclear family is often referred to as the traditional family structure. It includes two married parents and children. While common in industrialized cultures (such as the U.S.), it is not actually the most common type of family worldwide.522

Cohabitation is an arrangement where two people who are not married live together in an intimate relationship, particularly an emotionally and/or sexually intimate one, on a long-term or permanent basis. Today, cohabitation is a common pattern among people in the Western world. More than two-thirds of married couples in the U.S. say that they lived together before getting married.

Gay and lesbian couples with children have same-sex families. While now recognized legally in the United States, discrimination against same-sex families is not uncommon. According to the American Academy of Pediatrics, there is “ample evidence to show that children raised by same-gender parents fare as well as those raised by heterosexual parents. More than 25 years of research have documented that there is no relationship between parents’ sexual orientation and any measure of a child’s emotional, psychosocial, and behavioral adjustment. Conscientious and nurturing adults, whether they are men or women, heterosexual or homosexual, can be excellent parents. The rights, benefits, and protections of civil marriage can further strengthen these families.”523

Blended families describe families with mixed parents: one or both parents remarried, bringing children of the former family into the new family.524 Blended families are complex in a number of ways that can pose unique challenges to those who seek to form successful stepfamily relationships (Visher & Visher, 1985). These families are also referred to as stepfamilies.

12.5.3.4 Families That Include Additional Adults

Extended families include three generations, grandparents, parents, and children. This is the most common type of family worldwide.525

Families by choice are relatively newly recognized. Popularized by the LGBTQ community to describe a family not recognized by the legal system. It may include adopted children, live-in partners, kin of each member of the household, and close friends. Increasingly family by choice is being practiced by those who see benefit to including people beyond blood relatives in their families.526

While most families in the U.S. are monogamous, some families have more than two married parents. These families are polygamous527. Polygamy is illegal in all 50 states, but it is legal in other parts of the world.528

Kinship families are those in which the full-time care, nurturing, and protection of a child is provided by relatives, members of their Tribe or clan, godparents, stepparents, or other adults who have a family relationship to a child. When children cannot be cared for by their parents, research finds benefits to kinship care.529

When a person assumes the parenting of another, usually a child, from that person’s biological or legal parent or parents this creates adoptive families. Legal adoption permanently transfers all rights and responsibilities and is intended to affect a permanent change in status and as such requires societal recognition, either through legal or religious sanction. As introduced in Chapter 3, adoption can be done privately, through an agency, or through foster care and in the U.S. or from abroad. Adoptions can be closed (no contact with birth/biological families or open, with different degrees of contact with birth/biological families). Couples, both opposite and same-sex, and single parents can adopt (although not all agencies and foreign countries will work with unmarried, single, or same-sex intended parents).530

When parents are not of the same ethnicity, they build interracial families. Until the decision in Loving v Virginia in 1969, this was not legal in the U.S. There are other parts of the world where marrying someone outside of your race (or social class) has legal and social ramifications.531 These families may experience issues unique to each individual family’s culture.

The tasks of families listed above are functions that can be fulfilled in a variety of family types—not just intact, two-parent households. Harmony and stability can be achieved in many family forms and when it is disrupted, either through divorce, or efforts to blend families, or any other circumstances, the child suffers (Hetherington & Kelly, 2002). Changes continue to happen, but for children they are especially vulnerable. Divorce and how it impacts children depends on how the caregivers handle the divorce as well as how they support the emotional needs of the child.

Figure 12.16: How divorce impacts children largely depends on how parents handle it.532

A lot of attention has been given to the impact of divorce on the life of children. The assumption has been that divorce has a strong, negative impact on the child and that single-parent families are deficient in some way. However, 75-80 percent of children and adults who experience divorce suffer no long-term effects (Hetherington & Kelly, 2002). An objective view of divorce, repartnering, and remarriage indicates that divorce, remarriage and life in stepfamilies can have a variety of effects.533

As you look at the consequences (both pro and con) of divorce and remarriage on children, keep these family functions in mind. Some negative consequences are a result of financial hardship rather than divorce per se (Drexler, 2005). Some positive consequences reflect improvements in meeting these functions. For instance, we have learned that a positive self-esteem comes in part from a belief in the self and one’s abilities rather than merely being complimented by others. In single-parent homes, children may be given more opportunity to discover their own abilities and gain independence that fosters self-esteem. If divorce leads to fighting between the parents and the child is included in these arguments, their self-esteem may suffer.

The impact of divorce on children depends on a number of factors. The degree of conflict prior to the divorce plays a role. If the divorce means a reduction in tensions, the child may feel relief. If the parents have kept their conflicts hidden, the announcement of a divorce can come as a shock and be met with enormous resentment. Another factor that has a great impact on the child concerns financial hardships they may suffer, especially if financial support is inadequate. Another difficult situation for children of divorce is the position they are put into if the parents continue to argue and fight—especially if they bring the children into those arguments.

Short-term consequences: In roughly the first year following divorce, children may exhibit some of these short-term effects:

Long-Term consequences: Here are some effects that go beyond just the first year following divorce.

Figure 12.17: Jeanette Wilinski is the mother of Elizabeth, Logan and Alexis. As a single mom, she has to find a balance between taking care of the Air Force mission and taking care of her children.535

Families are the most important part of the 6 to 11-year-old life. However, peers and friendships become more and more important to the child in middle childhood.