Autism spectrum disorder (ASD) describes a range of conditions classified as neuro-developmental disorders in the fifth revision of the American Psychiatric Association’s Diagnostic and Statistical Manual of Mental Disorders (DSM-5). The DSM-5, published in 2013, redefined the autism spectrum to encompass the previous (DSM-IV-TR) diagnoses of autism, Asperger syndrome, pervasive developmental disorder not otherwise specified (PDD-NOS), and childhood disintegrative disorder. These disorders are characterized by social deficits and communication difficulties, repetitive behaviors and interests, sensory issues, and in some cases, cognitive delays.

Asperger syndrome was distinguished from autism in the earlier DSM-IV by the lack of delay or deviance in early language development. Additionally, individuals diagnosed with Asperger syndrome did not have significant cognitive delays. PDD-NOS was considered “subthreshold autism” and “atypical autism” because it was often characterized by milder symptoms of autism or symptoms in only one domain (such as social difficulties). In the DSM-5, both of these diagnoses have been subsumed into autism spectrum disorder.

Autism spectrum disorders are considered to be on a spectrum because each individual with ASD expresses the disorder uniquely and has varying degrees of functionality. Many have above-average intellectual abilities and excel in visual skills, music, math, and the arts, while others have significant disabilities and are unable to live independently. About 25 percent of individuals with ASD are nonverbal; however, they may learn to communicate using other means.

Social impairments in children with autism can be characterized by a distinctive lack of intuition about others. Unusual social development becomes apparent early in childhood. Infants with ASD show less attention to social stimuli, smile and look at others less often, and respond less to their own name. Toddlers with ASD differ more strikingly from social norms; for example, they may show less eye contact and turn-taking and may not have the ability to use simple movements to express themselves. Individuals with severe forms of ASD do not develop enough natural speech to meet their daily communication needs. Restricted and Repetitive Behaviors Children with ASD may exhibit repetitive or restricted behavior, including: 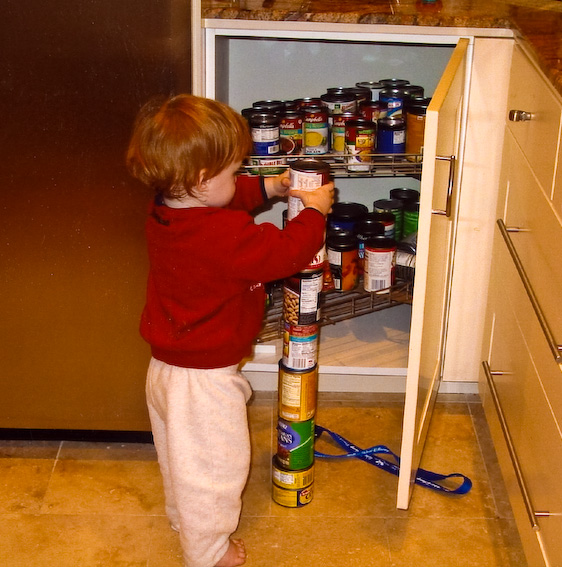 While specific causes of ASD have yet to be found, many risk factors have been identified in the research literature that may contribute to its development. These risk factors include genetics, prenatal and perinatal factors, neuroanatomical abnormalities, and environmental factors. It is possible to identify general risk factors, but much more difficult to pinpoint specific factors.

ASD affects information processing in the brain by altering how nerve cells and their synapses connect and organize; thus, it is categorized as a neuro-developmental disorder. The results of family and twin studies suggest that genetic factors play a role in the etiology of ASD and other pervasive developmental disorders. Studies have consistently found that the prevalence of ASD in siblings of children with ASD is approximately 15 to 30 times greater than the rate in the general population. In addition, research suggests that there is a much higher concordance rate among monozygotic (identical) twins compared to dizygotic (fraternal) twins. It appears that there is no single gene that can account for ASD; instead, there seem to be multiple genes involved, each of which is a risk factor for part of the autism syndrome through various groups. It is unclear whether ASD is explained more by rare mutations or by combinations of common genetic variants.

8.9.1.4 The Diversity of the Autism Spectrum

The rainbow-colored infinity symbol represents the diversity of the autism spectrum as well as the greater neurodiversity movement. The neurodiversity movement suggests that diverse neurological conditions appear as a result of normal variations in the human genome. It challenges the idea that such neurological differences are inherently pathological, instead asserting that differences should be recognized and respected as a social category on a par with gender, ethnicity, sexual orientation, or disability status.

A number of prenatal and perinatal complications have been reported as possible risk factors for ASD. These risk factors include maternal gestational diabetes, maternal and paternal age over 30, bleeding after first trimester, use of prescription medication (such as valproate) during pregnancy, and meconium (the earliest stool of an infant) in the amniotic fluid. While research is not conclusive on the relation of these factors to ASD, each of these factors has been identified more frequently in children with ASD than in developing youth without ASD.

Evidence for environmental causes is anecdotal and has not been confirmed by reliable studies. In the last few decades, controversy surrounded the idea that vaccinations may be the cause for many cases of autism; however, these theories lack scientific evidence and are biologically implausible. Even still, parental concern about a potential vaccine link with autism has led to lower rates of childhood immunizations, outbreaks of previously controlled childhood diseases in some countries, and the preventable deaths of several children.

There is no known cure for ASD, and treatment tends to focus on management of symptoms. The main goals when treating children with ASD are to lessen associated deficits and family distress and to increase quality of life and functional independence.328 Treatment for ASD should begin as soon as possible after diagnosis. Early treatment for ASD is important as proper care can reduce individuals’ difficulties while helping them learn new skills and make the most of their strengths.

The wide range of issues facing people with ASD means that there is no single best treatment for ASD.329 So treatment is typically tailored to the individual person’s needs. Intensive, sustained special-education programs and behavior therapy yearly in life can help children acquire self-care, social, and job skills. The most widely used therapy is applied behavior analysis (ABA); other available approaches include developmental models, structured teaching, speech and language therapy, social skills therapy, and occupational therapy.330

In this chapter we covered,

In the next chapter, we will finish covering early childhood education by looking at how children understand themselves and interact with the world.