9.2 Interactionism and Views of Self

Early childhood is a time of forming an initial sense of self. A self-concept or idea of who we are, what we are capable of doing, and how we think and feel is a social process that involves taking into consideration how others view us. So, in order to develop a sense of self, you must have interaction with others. Interactionist theorists, Cooley and Mead offer two interesting explanations of how a sense of self develops.

Charles Horton Cooley (1964) suggests that our self-concept comes from looking at how others respond to us. This process, known as the looking-glass self involves looking at how others seem to view us and interpreting this as we make judgments about whether we are good or bad, strong or weak, beautiful or ugly, and so on. Of course, we do not always interpret their responses accurately so our self-concept is not simply a mirror reflection of the views of others. After forming an initial self-concept, we may use it as a mental filter screening out those responses that do not seem to fit our ideas of who we are. Some compliments may be negated, for example. The process of the looking-glass self is pronounced when we are preschoolers, or perhaps when we are in a new school or job or are taking on a new role in our personal lives and are trying to gauge our own performances. When we feel more sure of who we are, we focus less on how we appear to others.334 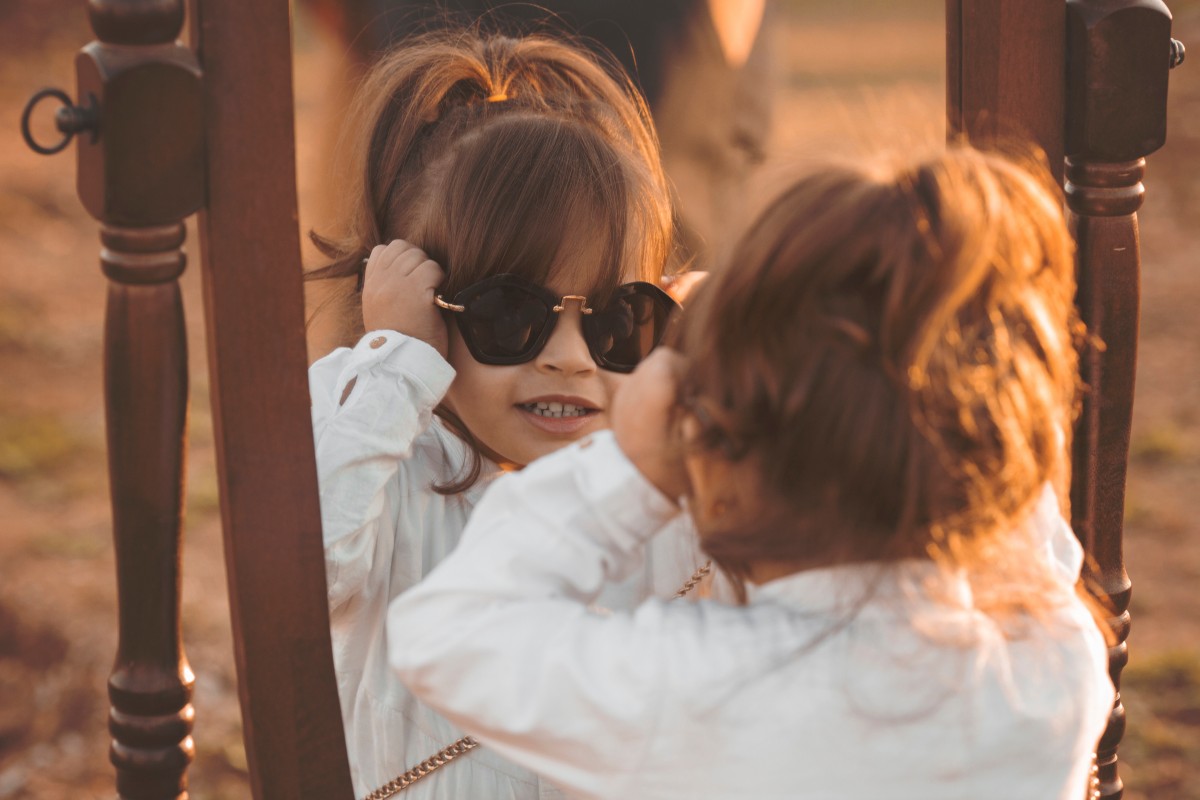 Figure 9.1: A child looking at herself wearing glasses in a mirror.335

Herbert Mead (1967) offers an explanation of how we develop a social sense of self by being able to see ourselves through the eyes of others. There are two parts of the self: the “I” which is the part of the self that is spontaneous, creative, innate, and is not concerned with how others view us and the “me” or the social definition of who we are.

When we are born, we are all “I” and act without concern about how others view us. But the socialized self begins when we are able to consider how one important person views us. This initial stage is called “taking the role of the significant other”. For example, a child may pull a cat’s tail and be told by his mother, “No! Don’t do that, that’s bad” while receiving a slight slap on the hand. Later, the child may mimic the same behavior toward the self and say aloud, “No, that’s bad” while patting his own hand. What has happened? The child is able to see himself through the eyes of the mother. As the child grows and is exposed to many situations and rules of culture, he begins to view the self in the eyes of many others through these cultural norms or rules. This is referred to as “taking the role of the generalized other” and results in a sense of self with many dimensions. The child comes to have a sense of self as student, as friend, as son, and so on.

9.2.3 Exaggerated Sense of Self

Early childhood is a time of forming an initial sense of self. Self-concept is our self-description according to various categories, such as our external and internal qualities. In contrast, self- esteem is an evaluative judgment about who we are. The emergence of cognitive skills in this age group results in improved perceptions of the self, but they tend to focus on external qualities, which are referred to as the categorical self. When researchers ask young children to describe themselves, their descriptions tend to include physical descriptors, preferred activities, and favorite possessions. Thus, the self-description of a 3-year-old might be a 3-year-old girl with red hair, who likes to play with blocks. However, even children as young as three know there is more to themselves than these external characteristics.

Harter and Pike (1984) challenged the method of measuring personality with an open-ended question as they felt that language limitations were hindering the ability of young children to express their self-knowledge. They suggested a change to the method of measuring self-concept in young children, whereby researchers provide statements that ask whether something is true of the child (e.g., “I like to boss people around”, “I am grumpy most of the time”). They discovered that in early childhood, children answer these statements in an internally consistent manner, especially after the age of four (Goodvin, Meyer, Thompson & Hayes, 2008) and often give similar responses to what others (parents and teachers) say about the child (Brown, Mangelsdorf, Agathen, & Ho, 2008; Colwell & Lindsey, 2003). 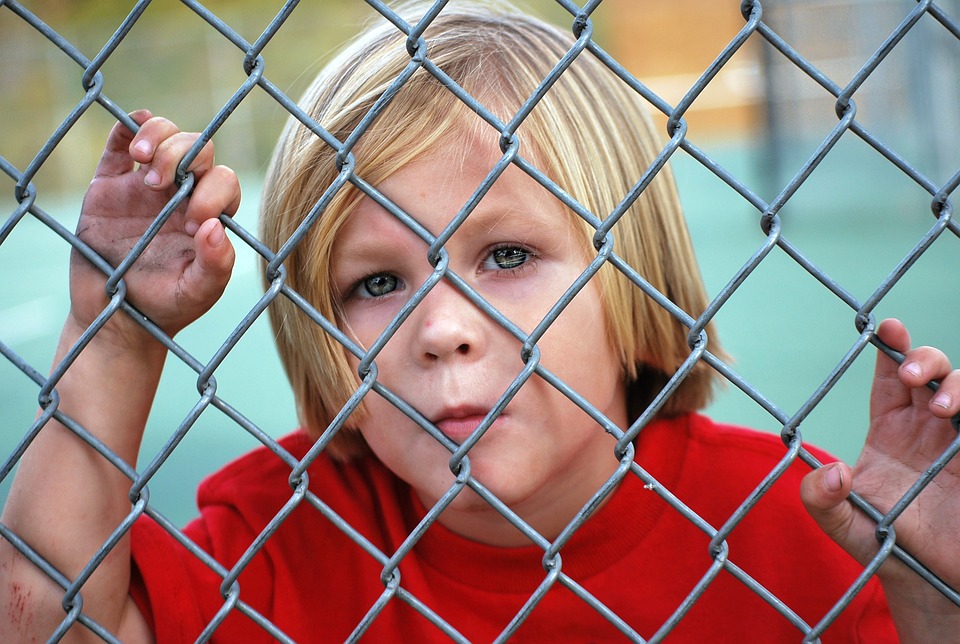 Self-control is not a single phenomenon, but is multi-facetted. It includes response initiation, the ability to not initiate a behavior before you have evaluated all of the information, response inhibition, the ability to stop a behavior that has already begun, and delayed gratification, the ability to hold out for a larger reward by forgoing a smaller immediate reward (Dougherty, Marsh, Mathias, & Swann, 2005). It is in early childhood that we see the start of self-control, a process that takes many years to fully develop. In the now classic “Marshmallow Test” (Mischel, Ebbesen, & Zeiss, 1972) children are confronted with the choice of a small immediate reward (a marshmallow) and a larger delayed reward (more marshmallows). Walter Mischel and his colleagues over the years have found that the ability to delay gratification at the age of four predicted better academic performance and health later in life (Mischel, et al., 2011). Self- control is related to executive function, discussed earlier in the chapter. As executive function improves, children become less impulsive (Traverso, Viterbori, & Usai, 2015). 337

Thanks to the new Centre for Research on Play in Education, Development and Learning (PEDaL), Whitebread, Baker, Gibson and a team of researchers hope to provide evidence on the role played by play in how a child develops.

“A strong possibility is that play supports the early development of children’s self-control,” explains Baker. “These are our abilities to develop awareness of our own thinking processes – they influence how effectively we go about undertaking challenging activities.”

In a study carried out by Baker with toddlers and young preschoolers, she found that children with greater self-control solved problems quicker when exploring an unfamiliar set-up requiring scientific reasoning, regardless of their IQ. “This sort of evidence makes us think that giving children the chance to play will make them more successful and creative problem-solvers in the long run.”

If playful experiences do facilitate this aspect of development, say the researchers, it could be extremely significant for educational practices because the ability to self-regulate has been shown to be a key predictor of academic performance.

Gibson adds: “Playful behavior is also an important indicator of healthy social and emotional development. In my previous research, I investigated how observing children at play can give us important clues about their well being and can even be useful in the diagnosis of neurodevelopmental disorders like autism.”338