Attachment is the close bond with a caregiver from which the infant derives a sense of security. The formation of attachments in infancy has been the subject of considerable research as attachments have been viewed as foundations for future relationships. Additionally, attachments form the basis for confidence and curiosity as toddlers, and as important influences on self- concept.

Figure 6.8: The formation of attachment in action as a father snuggles a newborn.249

In one classic study, Wisconsin University psychologists Harry and Margaret Harlow investigated the responses of young rhesus monkeys to explore if breastfeeding was the most important factor to attachment.

The infant monkeys were separated from their biological mothers, and two surrogate mothers were introduced to their cages. The first mother (the wire mother) consisted of a round wooden head, a mesh of cold metal wires, and a bottle of milk from which the baby monkey could drink. The second mother was a foam-rubber form wrapped in a heated terry-cloth blanket. The infant monkeys went to the wire mother for food, but they overwhelmingly preferred and spent significantly more time with the warm terry-cloth mother. The warm terry-cloth mother provided no food but did provide comfort (Harlow, 1958). The infant’s need for physical closeness and touching is referred to as contact comfort. Contact comfort is believed to be the foundation for attachment. The Harlows’ studies confirmed that babies have social as well as physical needs. Both monkeys and human babies need a secure base that allows them to feel safe. From this base, they can gain the confidence they need to venture out and explore their worlds.

Building on the work of Harlow and others, John Bowlby developed the concept of attachment theory. He defined attachment as the affectional bond or tie that an infant forms with the mother (Bowlby, 1969). An infant must form this bond with a primary caregiver in order to have normal social and emotional development. In addition, Bowlby proposed that this attachment bond is very powerful and continues throughout life. He used the concept of secure base to define a healthy attachment between parent and child (Bowlby, 1982). A secure base is a parental presence that gives the child a sense of safety as the child explores the surroundings. 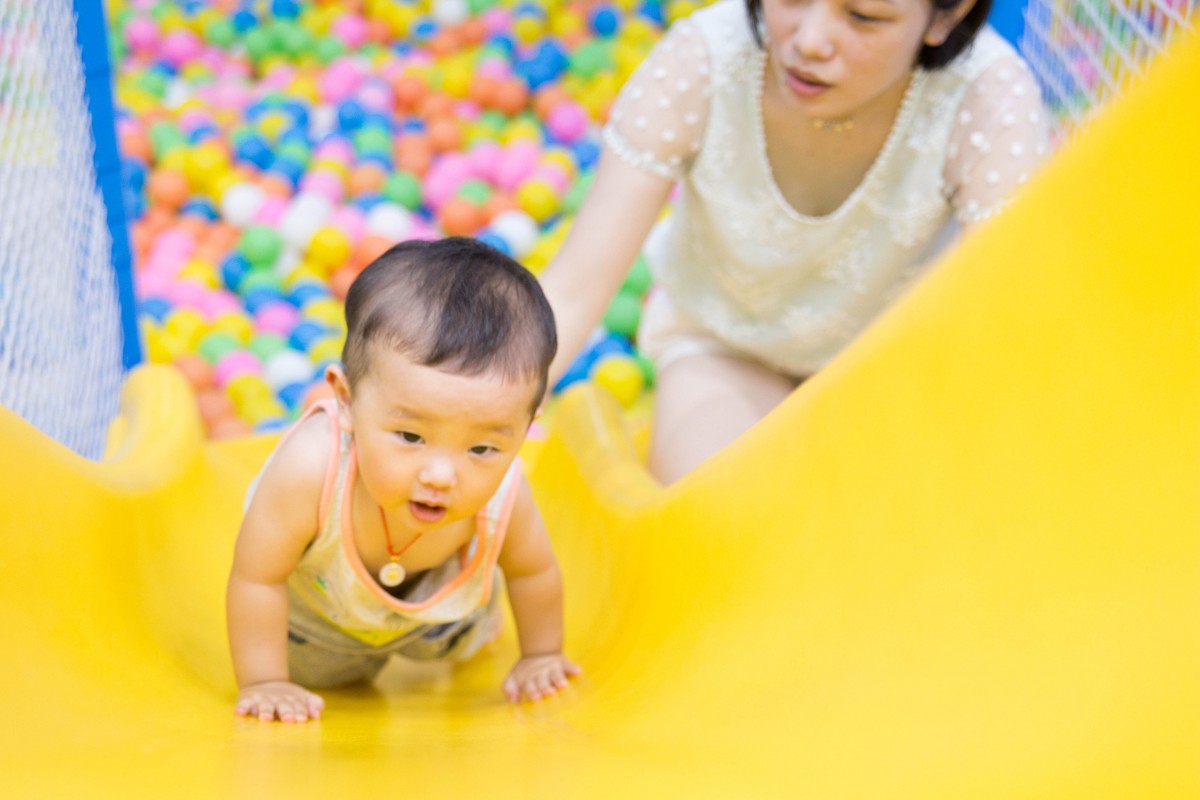 Figure 6.10: A mother offering a secure base as her infant plays on a slide.251

Bowlby said that two things are needed for a healthy attachment: The caregiver must be responsive to the child’s physical, social, and emotional needs; and the caregiver and child must engage in mutually enjoyable interactions (Bowlby, 1969). Additionally, Bowlby observed that infants would go to extraordinary lengths to prevent separation from their parents, such as crying, refusing to be comforted, and waiting for the caregiver to return. 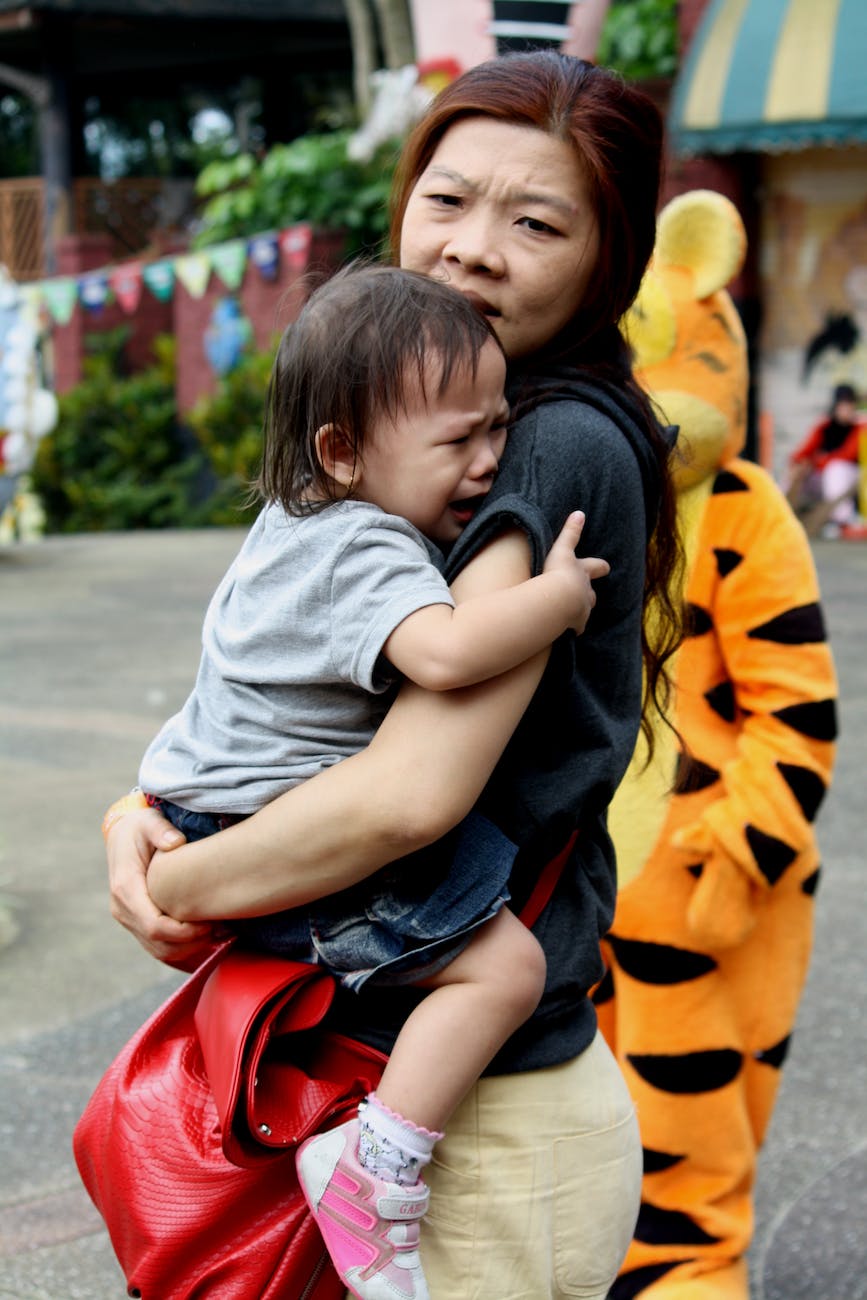 Figure 6.11: This child is seeking comfort from an attachment figure.252

Bowlby also observed that these same expressions were common to many other mammals, and consequently argued that these negative responses to separation serve an evolutionary function. Because mammalian infants cannot feed or protect themselves, they are dependent upon the care and protection of adults for survival. Thus, those infants who were able to maintain proximity to an attachment figure were more likely to survive and reproduce.

As previously discussed in chapter 1, Erikson formulated an eight-stage theory of psychosocial development. Erikson was in agreement on the importance of a secure base, arguing that the most important goal of infancy was the development of a basic sense of trust in one’s caregivers. Consequently, the first stage, trust vs. mistrust, highlights the importance of attachment. Erikson maintained that the first year to year and a half of life involves the establishment of a sense of trust (Erikson, 1982). Infants are dependent and must rely on others to meet their basic physical needs as well as their needs for stimulation and comfort. A caregiver who consistently meets these needs instills a sense of trust or the belief that the world is a trustworthy place. The caregiver should not worry about overly indulging a child’s need for comfort, contact or stimulation.

Erikson (1982) believed that mistrust could contaminate all aspects of one’s life and deprive the individual of love and fellowship with others. Consider the implications for establishing trust if a caregiver is unavailable or is upset and ill-prepared to care for a child. Or if a child is born prematurely, is unwanted, or has physical problems that make him or her more challenging to parent. Under these circumstances, we cannot assume that the parent is going to provide the child with a feeling of trust.

As the child begins to walk and talk, an interest in independence or autonomy replaces a concern for trust. The toddler tests the limits of what can be touched, said, and explored. Erikson (1982) believed that toddlers should be allowed to explore their environment as freely as safety allows and in so doing will develop a sense of independence that will later grow to self-esteem, initiative, and overall confidence. If a caregiver is overly anxious about the toddler’s actions for fear that the child will get hurt or violate other’s expectation, the caregiver can give the child the message that he or she should be ashamed of their behavior and instill a sense of doubt in their own abilities. Parenting advice based on these ideas would be to keep your toddler safe, but let him or her learn by doing.

6.5.6 Mary Ainsworth and the Strange Situation

Developmental psychologist Mary Ainsworth, a student of John Bowlby, continued studying the development of attachment in infants. Ainsworth and her colleagues created a laboratory test that measured an infant’s attachment to his or her parent. The test is called The Strange Situation because it is conducted in a context that is unfamiliar to the child and therefore likely to heighten the child’s need for his or her parent (Ainsworth, 1979). Figure 6.12: An infant crawling on the floor with toys around as done in the Strange Situation.253

During the procedure, which lasts about 20 minutes, the parent and the infant are first left alone, while the infant explores the room full of toys. Then a strange adult enters the room and talks for a minute to the parent, after which the parent leaves the room. The stranger stays with the infant for a few minutes, and then the parent again enters and the stranger leaves the room. During the entire session, a video camera records the child’s behaviors, which are later coded by the research team. The investigators were especially interested in how the child responded to the caregiver leaving and returning to the room, referred to as the “reunion.” On the basis of their behaviors, the children are categorized into one of four groups where each group reflects a different kind of attachment relationship with the caregiver. One style is secure and the other three styles are referred to as insecure.

Some cultural differences in attachment styles have been found (Rothbaum, Weisz, Pott, Miyake, & Morelli, 2010). For example, German parents value independence and Japanese mothers are typically by their children’s sides. As a result, the rate of insecure-avoidant attachments is higher in Germany and insecure-resistant attachments are higher in Japan. These differences reflect cultural variation rather than true insecurity, however (van Ijzendoorn and Sagi, 1999).

Keep in mind that methods for measuring attachment styles have been based on a model that reflects middle-class, U. S. values and interpretation. Newer methods for assessment attachment styles involve using a Q-sort technique in which a large number of behaviors are recorded on cards and the observer sorts the cards in a way that reflects the type of behavior that occurs within the situation (Waters, 1987). There are 90 items in the third version of the Q-sort technique, and examples of the behaviors assessed include:

At least two researchers observe the child and parent in the home for 1.5-2 hours per visit. Usually two visits are sufficient to gather adequate information. The parent is asked if the behaviors observed are typical for the child. This information is used to test the validity of the Strange Situation classifications across age, cultures, and with clinical populations.

Having a consistent caregiver may be jeopardized if the infant is cared for in a child care setting with a high turnover of staff or if institutionalized and given little more than basic physical care. Infants who, perhaps because of being in orphanages with inadequate care, have not had the opportunity to attach in infancy may still form initial secure attachments several years later. However, they may have more emotional problems of depression, anger, or be overly friendly as they interact with others (O’Connor et. al., 2003).

Severe deprivation of parental attachment can lead to serious problems. According to studies of children who have not been given warm, nurturing care, they may show developmental delays, failure to thrive, and attachment disorders (Bowlby, 1982). Non-organic failure to thrive is the diagnosis for an infant who does not grow, develop, or gain weight on schedule. In addition, postpartum depression can cause even a well-intentioned mother to neglect her infant. 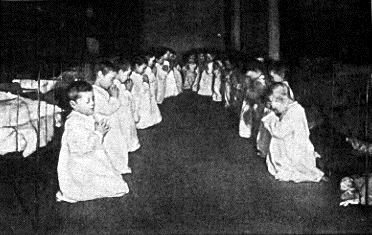 Children who experience social neglect or deprivation, repeatedly change primary caregivers that limit opportunities to form stable attachments, or are reared in unusual settings (such as institutions) that limit opportunities to form stable attachments can certainly have difficulty forming attachments. According to the Diagnostic and Manual of Mental Disorders, 5th edition (American Psychiatric Association, 2013), those children experiencing neglectful situations and also displaying markedly disturbed and developmentally inappropriate attachment behavior, such as being inhibited and withdrawn, minimal social and emotional responsiveness to others, and limited positive affect, may be diagnosed with Reactive Attachment Disorder. This disorder often occurs with developmental delays, especially in cognitive and language areas. Fortunately, the majority of severely neglected children do not develop Reactive Attachment Disorder, which occurs in less than 10% of such children. The quality of the caregiving environment after serious neglect affects the development of this disorder.

Being able to overcome challenges and successfully adapt is resiliency. Even young children can exhibit strong resilience to harsh circumstances. Resiliency can be attributed to certain personality factors, such as an easy-going temperament. Some children are warm, friendly, and responsive, whereas others tend to be more irritable, less manageable, and difficult to console, and these differences play a role in attachment (Gillath, Shaver, Baek, & Chun, 2008; Seifer, Schiller, Sameroff, Resnick, & Riordan, 1996). It seems safe to say that attachment, like most other developmental processes, is affected by an inter play of genetic and socialization influences.

Receiving support from others also leads to resiliency. A positive and strong support group can help a parent and child build a strong foundation by offering assistance and positive attitudes toward the newborn and parent. In a direct test of this idea, Dutch researcher van den Boom (1994) randomly assigned some babies’ mothers to a training session in which they learned to better respond to their children’s needs. The research found that these mothers’ babies were more likely to show a secure attachment style in comparison to the mothers in a control group that did not receive training.255

Figure 6.14: This infant massage class for new mothers could provide training and support for mothers.256